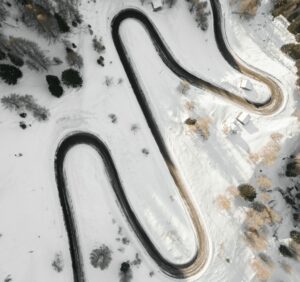 “If you don’t know where you’re going, any road will take you there.” – the Cheshire Cat from Alice in Wonderland

One of the most important things we do as social change leaders is to create reality. Think about it. We see what’s missing and we commit ourselves to filling that gap. We dream up whole new systems and structures and then we bring them to fruition. We craft and pilot innovations that we hope will make the world a better place. Then, we endlessly tinker and improve our approach. Eventually, we attempt to spread them to everyone who could possibly benefit. Indeed, the work of social change leaders is literally to create reality.

Between you and me, I think it’s the best part of the job.

When I was a Captain in the Army, I had the good fortune of working for Colonel (Ret) Howie Cohen. Howie is one of those people who never stops learning, even to this day. And way back in 1997 he formed a book club for all the officers in his charge. Most of the books were what you’d expect – analysis of famous military battles and such. But he also kept us on our toes with some books you might not expect. Maximum Achievement: Strategies and Skills that will Unlock Your Hidden Power to Succeed by Brian Tracy was one such surprise. I remember when Howie announced we’d be reading that one, the rest of us made jokes about the “touchy-feely Ranger” book club, but I stopped laughing once I read the book. I underlined, highlighted, and dog-eared darn near half the pages.

Somewhere in the middle of the book, Brian Tracy includes a handful of questions intended to help the reader get clear on the vision and the purpose for their life. I dog-eared that page and left it on the shelf for a couple of years. But, as the millennia came to a close, and Y2K loomed large, I pulled it back off the shelf and created a worksheet out of those questions. On New Year’s Eve, in the last few hours of 1999, I journaled my answers. Then, I tucked them away and went back to celebrating with my friends.

The next year I did the same thing. Then again. And again. This year will mark the 21st year of doing this practice on New Year’s Eve. I introduced it to my wife, Christine, when we started dating back in 2010 and now we look forward to this meaningful time of reflection and dreaming up what’s next for our lives each year.

Here’s the kicker. Every now and then I go back and look at what I answered in previous years. To questions like, “What would you do if you won the lottery?” or “What would you do if you found out you only had six months left to live?” And though I have not won the lottery, I have done most of the things I said I wanted to do. And I have this moving record of who I was, and what mattered to me most, over time.

Here are some examples of things I wrote down years before they happened:

Back in 2000, I was a closeted LGBT Captain in the US Army. The question was, “What have you always wanted to do, but been afraid to attempt?” My answer: Get out of the Army. Be completely “out.” Love someone completely. Check. Check. Check. Before the end of the year!

To the question, “What would you do if you won the lottery?” I wrote: do a NOLS Semester in the Southwest course. So. ok. I didn’t get around to taking a NOLS course until 2012. And it was in the Wind River Range, not Arizona. And it was only two weeks, not a semester. But my instructor happened to be the director of the Southwest Branch of NOLS and remains a friend to this day. So…not too shabby.

Also in 2000, in response to the question, “What would you dare to dream if you knew you could not fail?” I wrote, “become a teacher of social justice and empowerment/conscious raising.”

Here’s another example. In 2003, in answer to the question, “What would you dare to dream if you knew you could not fail?” I wrote, “an international women’s self-determination underground.”

In 2004, I built on that theme, answering, “start my own kick-ass company with a merry band of followers leading the charge for social change. Eventually, move our headquarters to a mountain town.” I am laughing out loud as I write this because while I’m not 100% sure what a “women’s self-determination underground” is if you attended one of our fellowship meetings – in the shadow of Mt. Baldy here in the mountain-college town of Claremont, California, you might think I knew exactly what I was talking about!

Bear in mind that in 2003, I was just getting started in my job as the Director of the Street to Home Initiative for Community Solutions in New York City. My answer to the question above was not one or two adjacent moves on the chessboard. It was a leap to a completely different game. And yet, here I am, 17 years later, doing exactly what I had dreamt up in my wildest imagination from my tiny apartment in the West Village on New Year’s Eve.

So I’m not even sure what that’s about. I wasn’t tempering my answers. I was swinging for the fences. I was really going for it. And then I’d tuck the paper away in some file, and go about my life. And yet…so much of it came true.

Or maybe this is exactly how it works.

What I appreciate about my willingness to swing for the fences on New Years Eve is that I didn’t constrain myself by what was “realistic” or “responsible” or “mature.” I simply answered the questions with what felt true for me at the time. One important aspect of this seems to be that I answered them from a place of spaciousness versus scarcity.

Part of doing the work we are all called to do as social change leaders is to envision a better system and then create it. To live in balance, it’s important that we do that for ourselves as well.

And I want to share this practice with you. If you go here (XXXX) you can get a worksheet with the questions written out. Just print this worksheet out, complete it yourself, and go about your business. See what happens.

If you’d like some company, I will be doing a Facebook live on December 28th at 10:30 AM Pacific Time where we will work through these questions together as a group. If you’d like, you can share some of your reflections as we offer our encouragement and support to one another to create a new reality going into 2021.

Follow us on Facebook here! We’ll be posting reminders on our page and through our weekly newsletter.